New Anti-Infectives and Why We Need Them 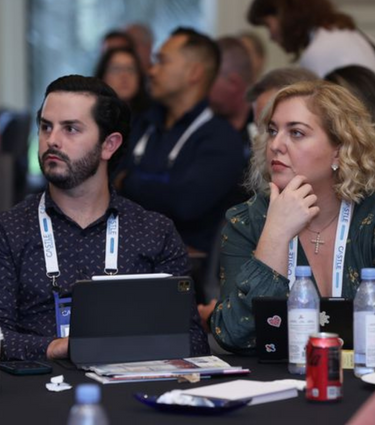 According to the WHO, it is estimated worldwide deaths due to antibiotic resistance will reach 10 million per year by the year 2050, Dr. Ted Rosen mentioned during a lecture on anti-infectives and the current state of antimicrobial resistance. Of note, while dermatologists make up only 1% of all physicians, they prescribe 5% of all antibiotics. Post-surgical use of antibiotics has risen significantly with post-Mohs surgery antibiotic prescription rates rising from 9.9% to 13.8%. Dr. Rosen urges #dermPAs to “use antibiotics wisely, know what you’re treating, use proper dose and duration and don’t use just in case.”

Mupirocin resistance is now a global problem with some locales in the US ranging from 40-60% resistance. An option for treatment of mupirocin-resistant impetigo is the newer medication, ozenoxacin. Ozenoxacin 1% cream is a non-fluorinated quinolone cream with BID dosing.  Sarecycline is a newer modified tetracycline treatment for acne with narrow spectrum ability and weight-based dosing. Dr. Rosen reviewed a study which found sarecycline may also be suitable for the treatment of rosacea, though it is not yet approved for the treatment of this condition. Another newer tetracycline with broader coverage is the medication omadacycline. Omadacycline is an excellent option for cat and dog bites.

Dr. Rosen pointed out the increasing rates of non-HIV STDs in the US, with increasing syphilis, congenital syphilis and gonorrhea (GC) rates in numerous states. The current treatment regimen for uncomplicated GC is ceftriaxone 500 mg IM. While concurrent azithromycin dosing is no longer recommended, there are increasing rates of ceftriaxone resistance in numerous countries and in the US states Hawaii and California, specifically. Newer medications that show promise for resistant GC are in the pipeline. Additional discussion included newer injectable treatments for HIV and HIV prophylaxis.

Lastly, a fascinating new tool in the war on mosquito-borne illnesses includes Oxitec-TM. This “high-tech mosquito” technology works with males carrying a “self-destructive gene” that results in female offspring which will die as larvae. Additionally, the male mosquitoes survive to mate with females who will produce non-viable offspring. Dr. Rosen also highlights the “the selfie craze” leading to a resurgence of head lice. Unfortunately, lice is now largely resistant to pyrethroid. While there is a newer effective treatment in ivermectin lotion 0.05%, it is currently largely unavailable. Additional topics of discussion included Chagas disease, scabies and numerous newer vaccines.